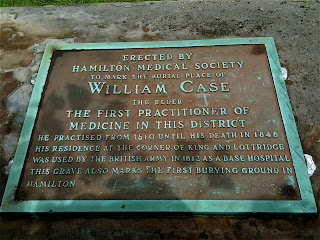 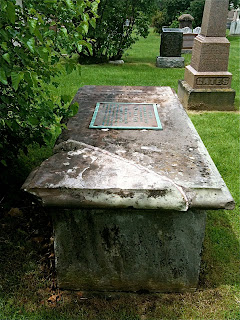 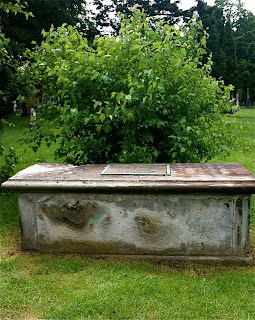 William Case, 'the elder', as he was called, was the first doctor in the area of the city of Hamilton. He settled and began his medical practice in 1810 when the general area was still referred to as Head-of-the-Lake. The city itself was conceived in 1812 by George Hamilton, but was not incorporated until 1846.

Case was renowned for his fine medical care, gladly travelling by horseback to make house calls, and eventually turning his own home into a hospital of sorts. The house was used as a medical facility by the British during the War of 1812, and Case continued to care for patients there after the war ended. Upon his death in 1848 the area church refused him a religious service because he was openly agnostic, so the Hamilton family buried him in their private cemetery. In 1951 his remains were moved to Hamilton Municipal Cemetery on York Boulevard.
Posted by Éire Historian at 4:52 AM