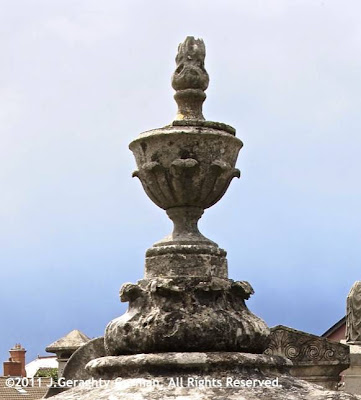 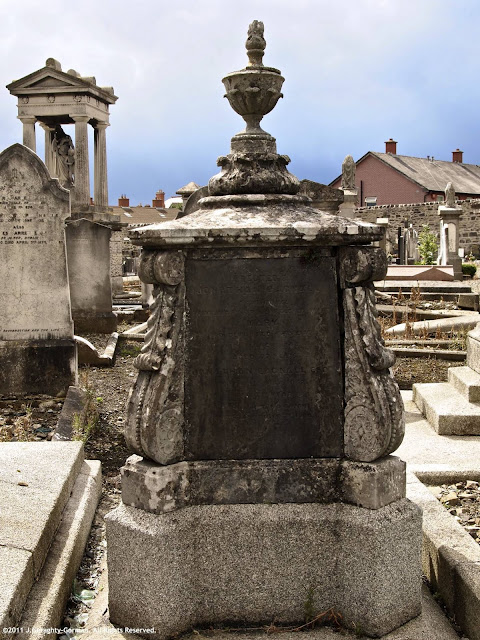 I found this tombstone particularly compelling not only because of its shape, but also because of the flame of stone which emanates from the urn which sits atop the stone. An 'eternal' flame, cast in stone, never to be extinguished. 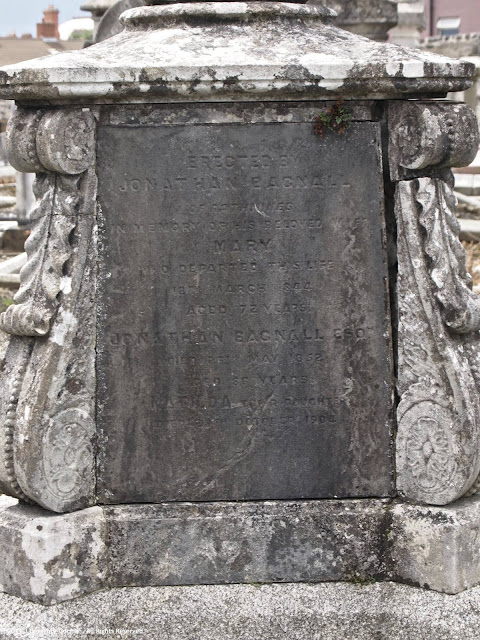 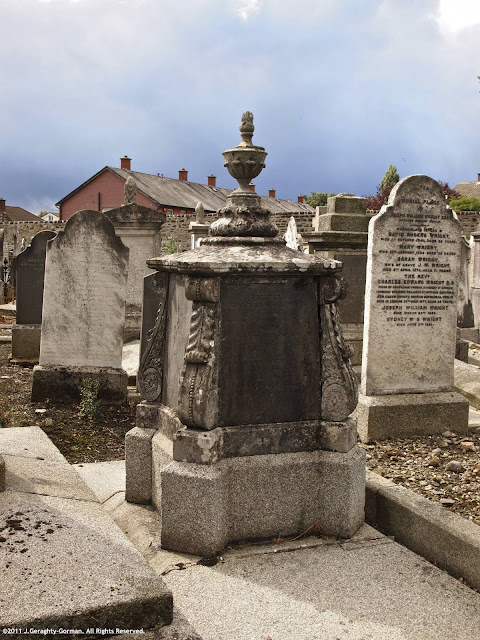 Click on photographs to view larger version.
All photographs Copyright©J.Geraghty-Gorman 2011.
Posted by Éire Historian at 1:02 AM 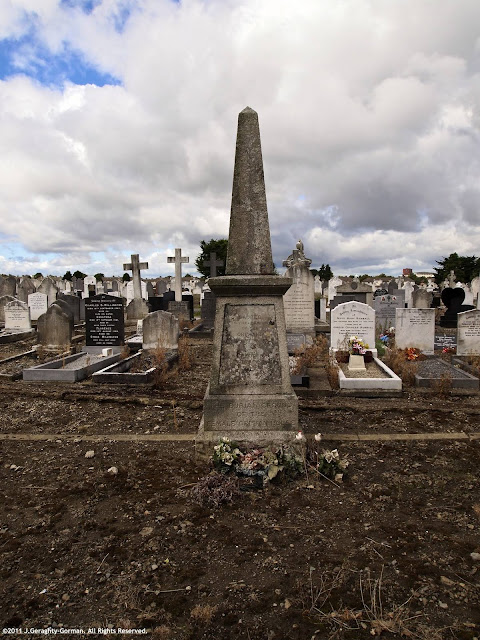 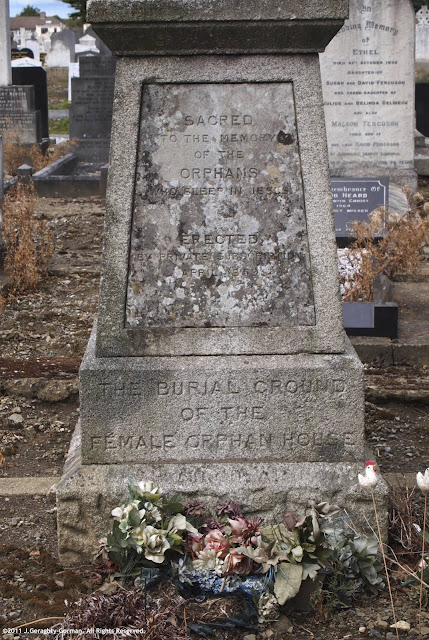 
Sacred
To the Memory
of the
Orphans
who sleep in Jesus
Erected
by private subscriptions
April 1859
The base stone reads:
The Burial Ground
of the
FEMALE ORPHAN HOUSE
North Circular Road

The Female Orphan House of North Circular Road Dublin was founded in in 1790 by Margaret Este and Mrs. Edward Tighe. Margaret Este was a woman of English birth and wife of an office holder with whom she came to Ireland in 1789. Mrs. Este served as the first guardian of the institution which was opened on New Year’s Day, 1 January 1791. Margaret Este died later that same year.

From the prospectus document for the founding of a female orphan house we learn the following:

“In the orphan House, near Dublin, for the support of destitute female children, it is proposed that they shall be received from the age of five to ten years; that they shall be lodged, dieted, clothed, and taught reading, writing and common accounts; carefully instructed in the Christian Religion; and habituated to cleanliness and industry, in proportion to their ages and strength; to spin, knit and, when able to make their own clothes.

They are to take in plain work as the Charity advances; the profits arising from which are to be applied towards the support of the House.

They shall learn every part of household work to qualify them for useful servants. They shall be kept in the House till the age of sixteen, when they are to be apprenticed or put to service.

A gentlewoman of character and experience, a native of England, (Mrs. Este), who offers her disinterested assistance, will conduct this manifestly necessary charity: she claims the bounty of the prosperous and the rich; and being encouraged by several persons of rank, character and goodness, intends, with the assistance of Providence, to devote her vacant time to the superintendence of this Institution.”

It is interesting to note that, although these girls were destined to lives of indentured servitude, they were taught to read and write. 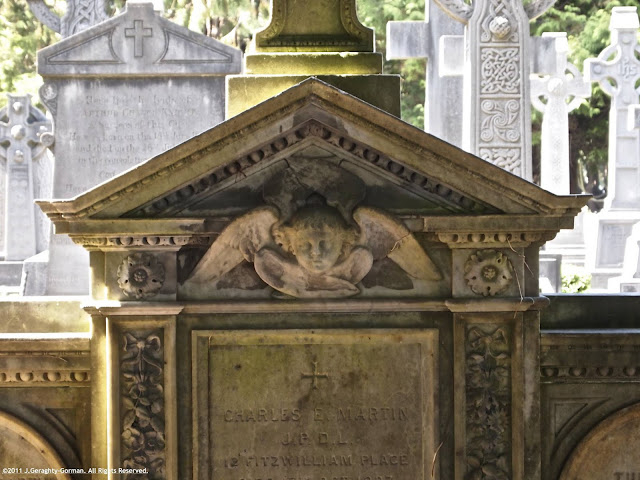 For an explanation of the significance of the six wings see: The Cherub With Six Wings
Posted by Éire Historian at 4:59 AM 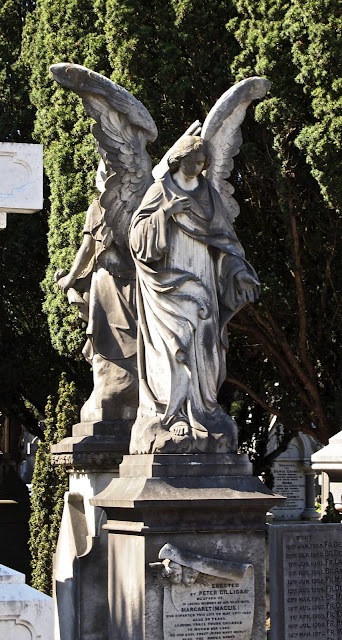 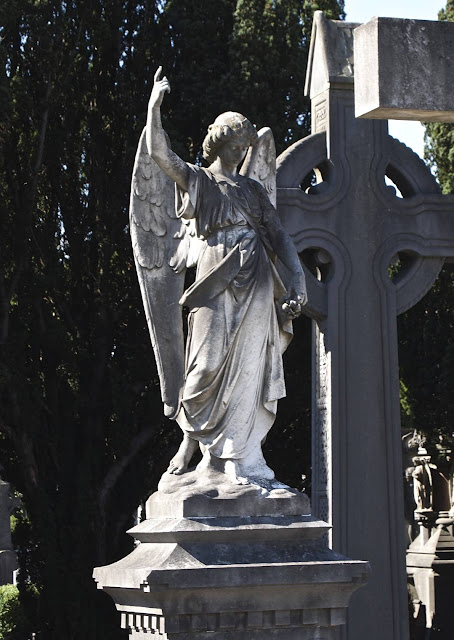 *Click on photographs to view larger version.
All Photographs Copyright©J. Geraghty-Gorman 2011. All Rights Reserved.
Posted by Éire Historian at 4:59 AM 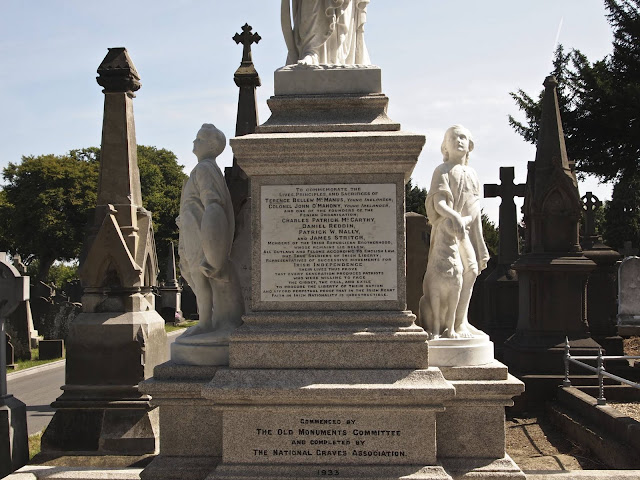 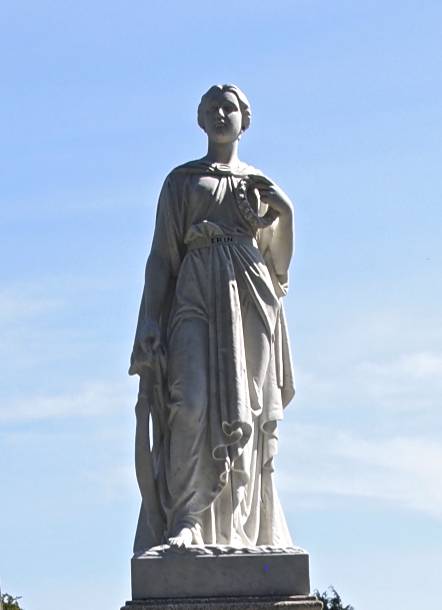 Click on photographs to view larger version.
All photographs Copyright© J. Geraghty-Gorman 2011. All Rights Reserved.
Posted by Éire Historian at 5:50 AM 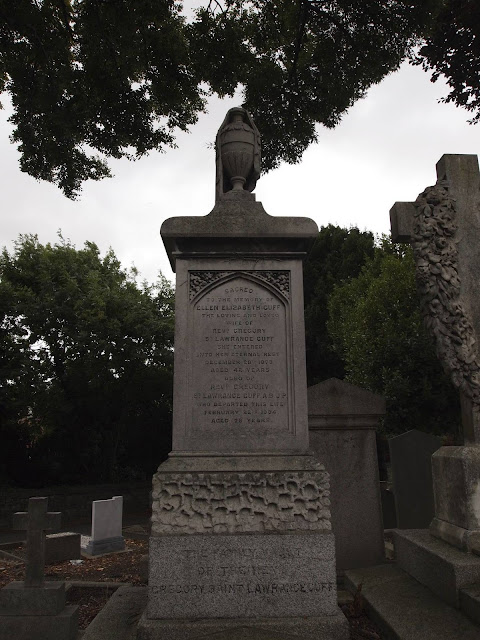 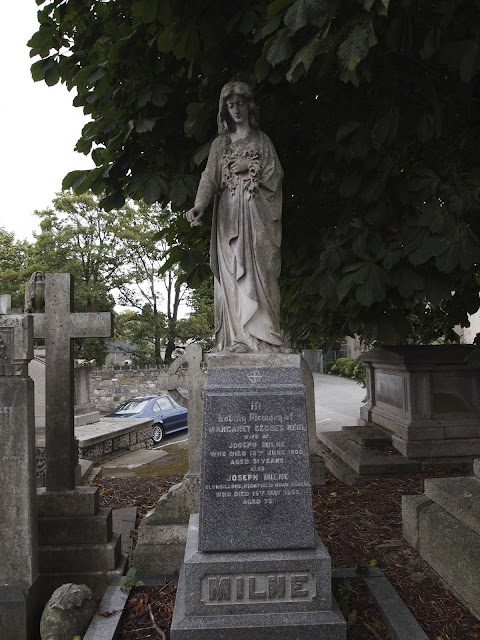 Click on photographs to view larger version.
All photographs ©Copyright J. Geraghty-Gorman 2011. All Rights Reserved.
Posted by Éire Historian at 2:57 AM