Remembering victims of Titanic: Interred without a name: the unidentified 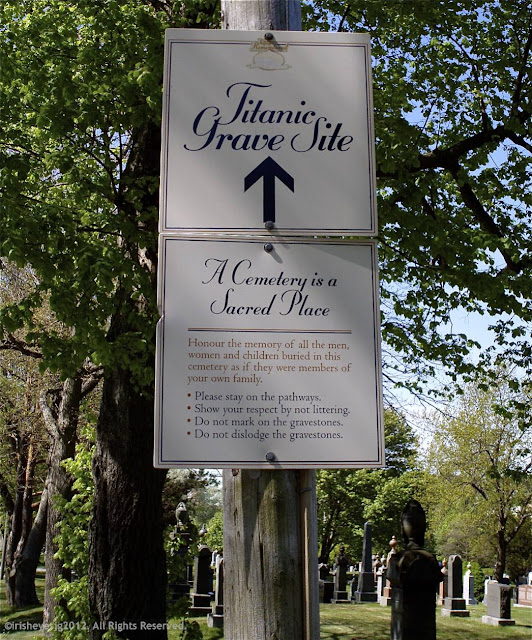 It was unexpected, the feelings of sadness that arose in me upon viewing the graves of some of those lost in the sinking of the Titanic, and now interred at Fairview Lawn Cemetery in Halifax, Nova Scotia. The ship went down 15 April 1912. As far as I know, none on board were ancestors of mine; however, perhaps I felt the way I did viewing these graves because so many of those lost were Irish. Maybe it was the simplicity of the markers, but more likely I was struck by the fact that so many bear no name. These simple granite markers testify only to the date of the event and to a number. The number on each stone signifies each one's place in the procession of bodies pulled from the sea.

1500 people went into the sea that night. Many were never recovered. Some were buried at sea; some were returned to their families in Europe. 150 Titanic victims were buried in Halifax from 3 May to 12 June, 1912. In Mount Olivet Catholic Cemetery, 19 were interred. 10 are in Baron de Hirsch Jewish Cemetery, and 121 are in Fairview Lawn Cemetery. Of these, 44 remain unidentified. The following are photographs of some of those markers. For photographs of St. Colman's Cathedral in Cobh, County Cork, Titanic's last port of call visit my blog: 'On a flesh and bone foundation': An Irish History. 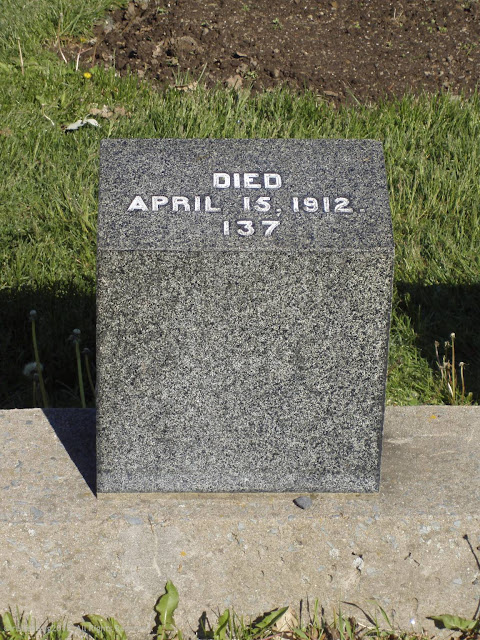 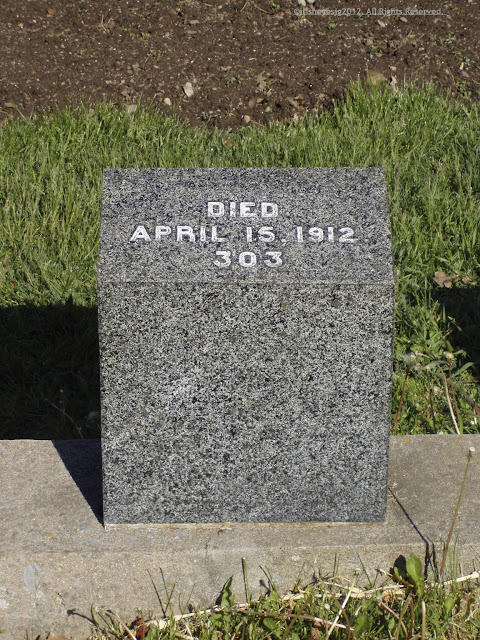 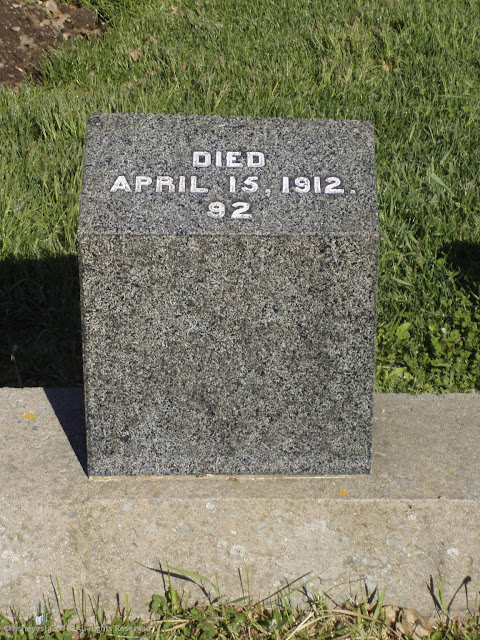 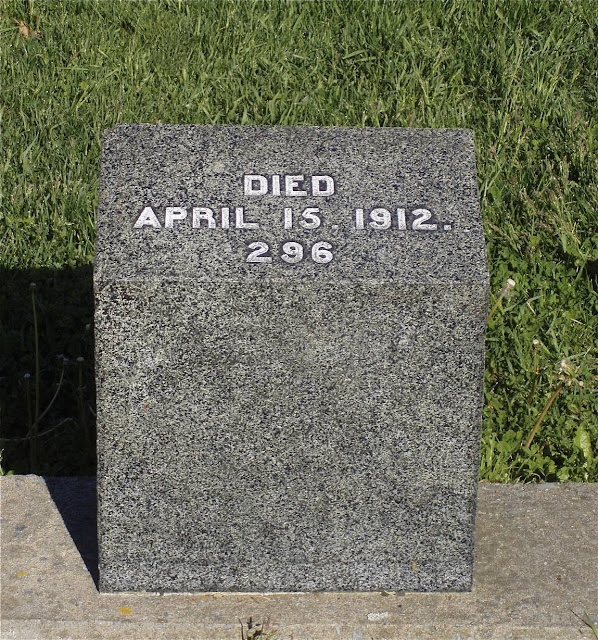 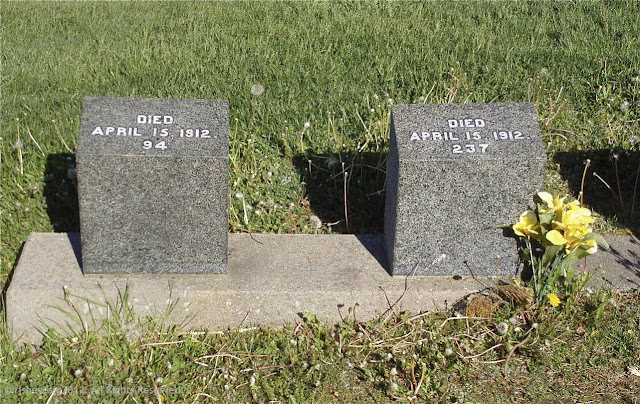 *Click on photographs to view larger version.
All photographs Copyright©irisheyesjg2008-2012.
Posted by Éire Historian at 1:02 AM