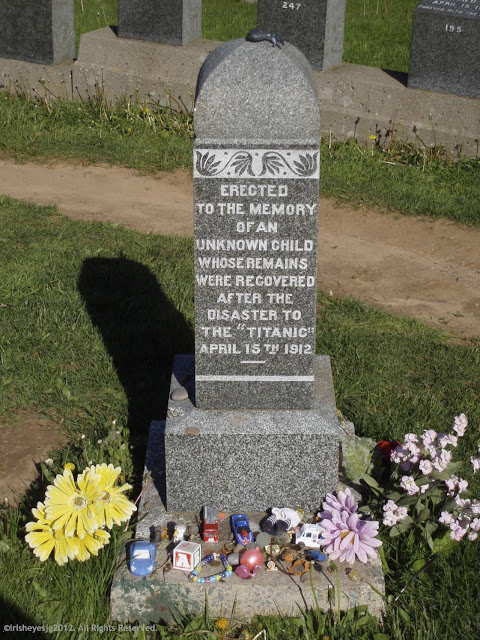 *Update: In 2002, More than 90 years after the Titanic hit an iceberg and sank in the North Atlantic, the identity of one of the victims was finally discovered by means of DNA matching. The "unknown child" buried with other victims in Halifax, Nova Scotia, has been identified as Eino Viljami Panula, a member of a Finnish family who died in the disaster. He was 13 months old when the Titanic sank on April 15 1912. His mother Maria and four brothers also drowned.

Copyright©irisheyesjg2008-2012.
Click on image to view larger version.
Posted by Éire Historian at 1:02 AM