Click on photos to view larger versions.
Copyright©irisheyesjg2008-2012.
Posted by Éire Historian at 12:02 AM

This stone is worth remarking upon because of a detail it includes, as well as one it does not. Although you may not often see such a detail on the headstone of a woman, this stone bears the maiden name of the deceased.  Lilian Corry died, and is interred, in Rawalpindi India*, but she is remembered here, on her husband's grave maker, along with her maiden name, Maddock. The detail which is lacking is her husband's forename. He is remembered simply as Lt. Colonel Corry. 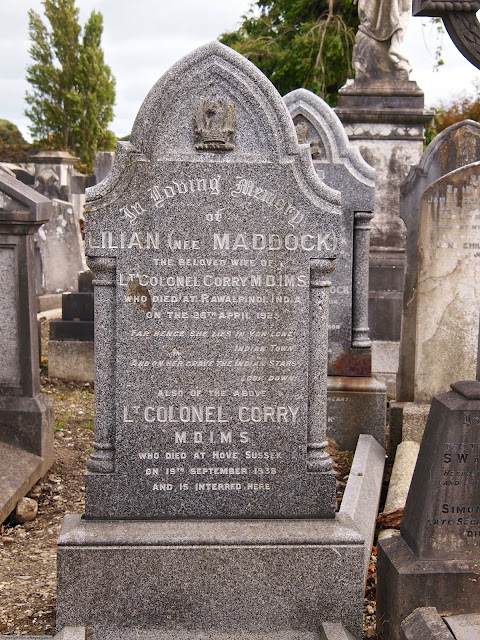 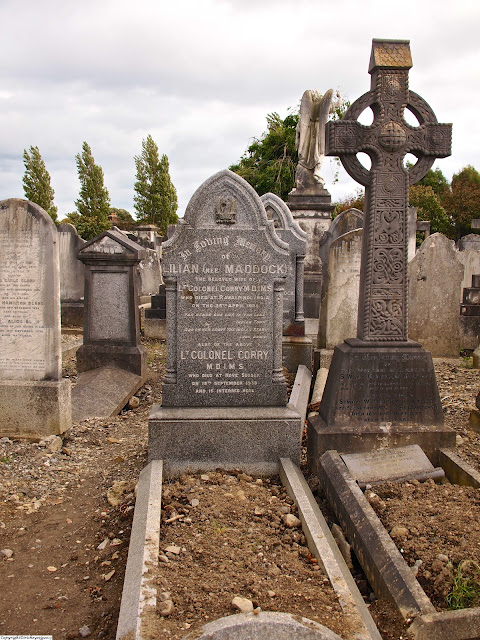 In Loving Memory
of
Lilian (nee Maddock)
The beloved wife of
Lt. Colonel Corry, M.D.I.M.S.
Who died at Rawalpindi India
on the 26th April 1925.

Also of the above
Lt. Colonel Corry
M.D.I.M.S.
Who died at Hove Sussex
on 19th September 1938
and is interred here.

Note*: Rawalpindi is now a part of modern day Pakistan.

Copyright©irisheyesjg2013.
Click on images to view larger version.
Posted by Éire Historian at 4:03 AM 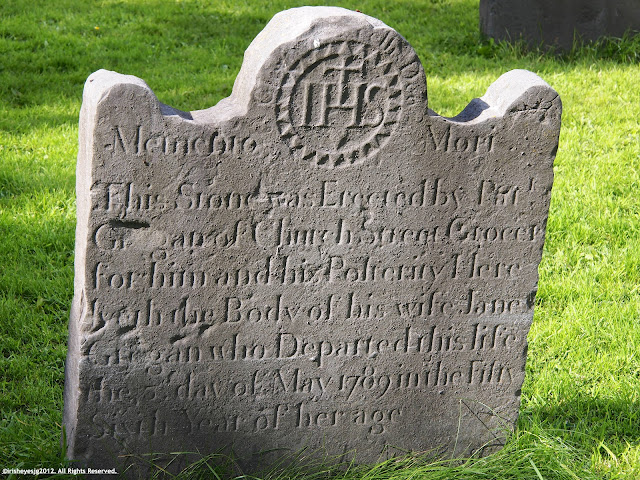 In St. Michan's Churchyard, Dublin, stands this small stone dating to May of 1789. It reads:


Memento Mori
The Stone was Erected by Pat.k
Grogan of Church Street Grocer
for him and his Policrity Here
lyeth the Body of his wife Jane
Grogan who Departed this life
the 5th day of May 1789 in the Fifty
Sixth Year of her age.
Posted by Éire Historian at 5:00 AM