Being a graveyard rabbit can be dangerous work

Hi everyone! Well, here I sit with my right leg elevated and my knee iced, the victim of a cemetery 'divot'. Unfortunately, I forgot the number one rule of graveyard 'rabbiting'(if I may turn that noun into a verb) is stay on the main paths, and if you don't, watch where you're walking. My right foot found a hole, my leg went left, my body went right, and there I was lying on the ground with a sprained knee. It was kind of strange lying in a cemetery at ground level, but still I managed to get lots of photos. This memorial was built to honour two Haligonians, Major A.F. Welsford and Captain William Parker, who were killed at the Battle of Redan during the Crimean War. The memorial was erected in 1855 at the cemetery entrance. The lion at the top represents the bravery of those who died during the war. Sebastopol is the anglicized name of Sevastopol, Crimea. 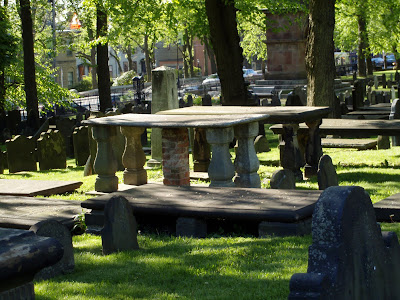 These two graves, side by side, caught my eye because of their resemblance to dining tables or perhaps altars.
Posted by Éire Historian at 5:55 AM

Yesterday, unable to speak because I was trying to be wordless on Wednesday, I couldn't tell you that all the photos I shot at the Old Burying Ground were taken either through the wrought iron fence or over top of it. Unfortunately the cemetery was locked when I went to see it, and the groundskeeper was no where in sight.

Anyway... never to be deterred, I persevered and took a lot of shots. Here are a few. As always click on the photo to open a larger version. 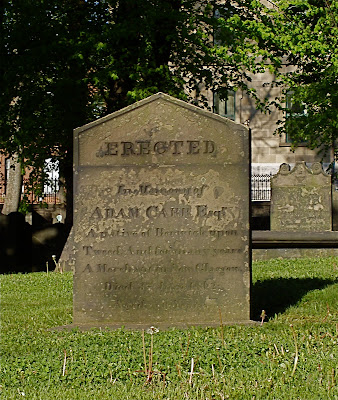 [The stone reads: "In Memory of Adam Carr Esq. A native of Berwick Upon Tweed and for many years a Merchant in New Glasgow"]

Many of the headstones and markers have an odd sort of greenish/black patina to them. The sea air of Nova Scotia has probably affected them over time, but I was curious to learn of what material they are made. After a little research, thanks to Find A Grave.com, I discovered that the stones are hand carved slate that was imported from Massachusetts Bay until the American Revolution. After the Revolution local carvers continued to carve the stones using indigenous slate, known as ironstone. In the last twenty years of the cemetery's life the stones were made of sandstone. 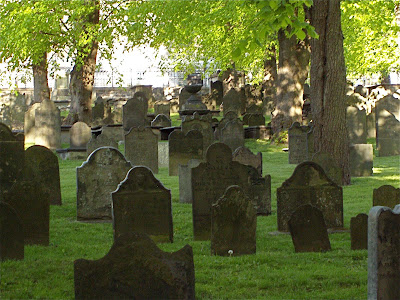 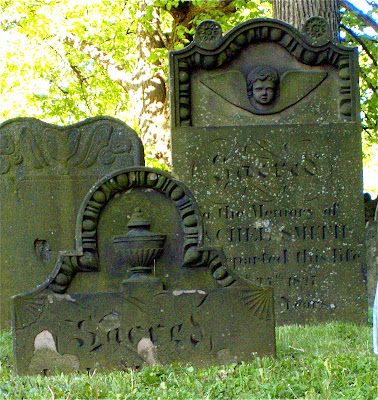 [The stone with the Cherub reads: "Sacred to the memory of Rachel Smith"]

Over the period of its history more than 12,000 people were interred here, many in unmarked graves. Only 1200 headstones now remain.

Brad at wonderfulpie.com has graciously allowed me to attach a link to his site so that you can see more photos shot inside the cemetery:http://www.wonderfulpie.com/photography.html Thanks Brad!

A list which includes the names of many of the interred can be found at: http://freepages.genealogy.rootsweb.ancestry.com/~ked1/stpauls.html
Posted by Éire Historian at 9:32 AM 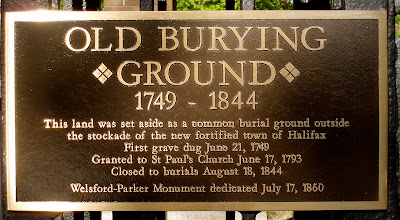 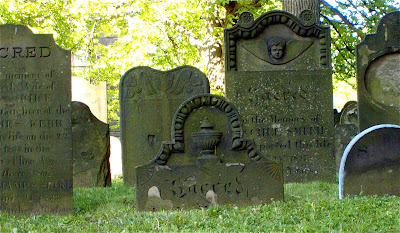 All Photographs ©Jennifer Geraghty-Gorman 2010
*Click on photos to open larger version.
Posted by Éire Historian at 5:04 AM 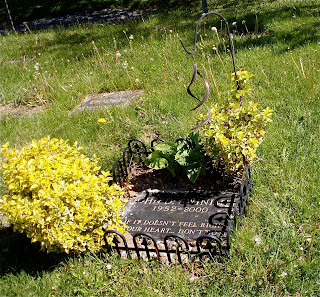 My guess is that John Swinimer was a very wise man in life as well. The saying reads: "If it doesn't feel right in your heart, don't do it". 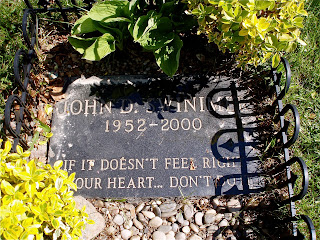 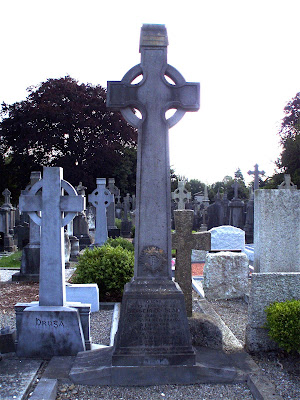 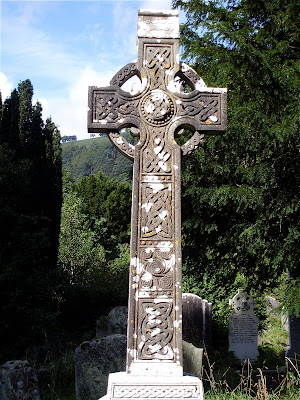 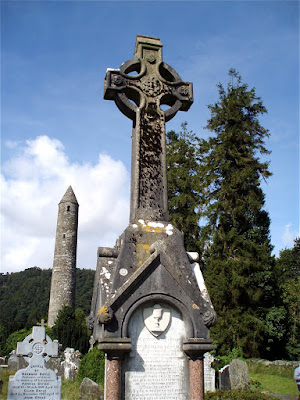 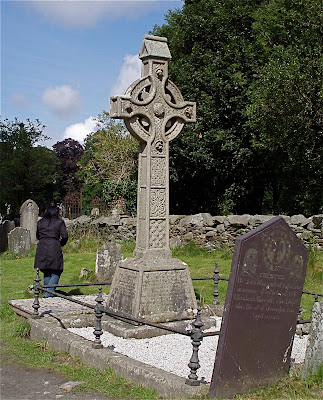 With a tip of my hat and a thank you to Carol at Reflections From the Fence, I have taken her suggestions and sharpened up these shots, so that you can more easily see the detail on the crosses. Also, if you click on a photo a larger version will open in a separate window. 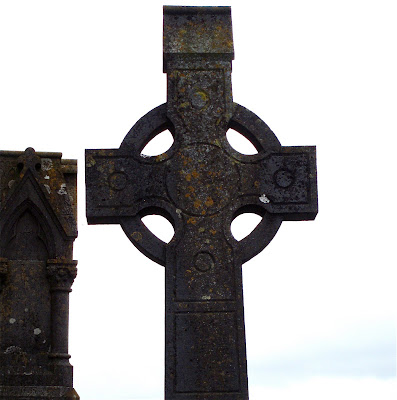 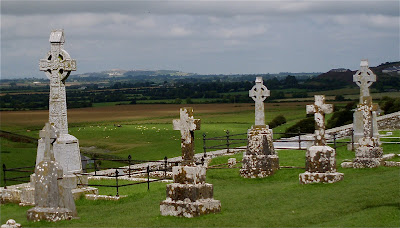 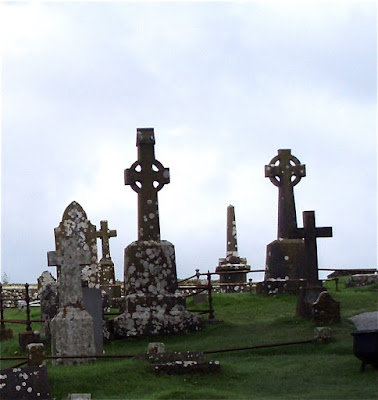 Posted by Éire Historian at 9:06 AM