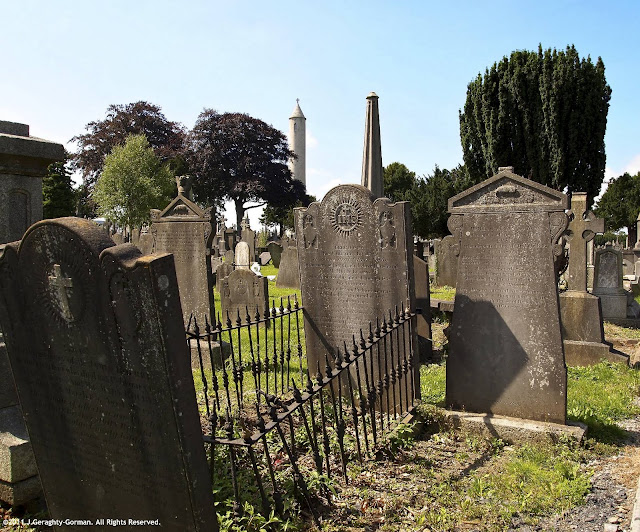 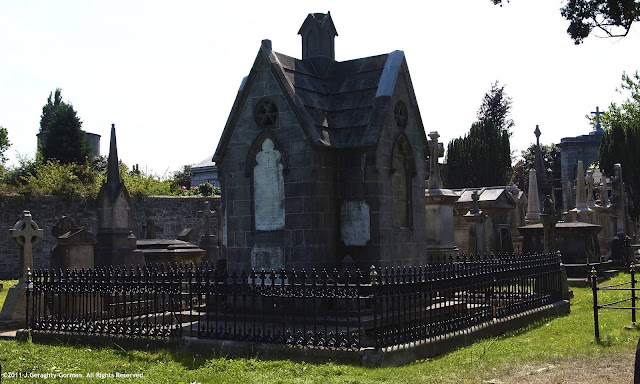 Click on photographs to view larger version.
All photographs Copyright© J.Geraghty-Gorman 2011. All Rights Reserved.
Posted by Éire Historian at 1:02 AM

Tombstone Tuesday: A family, one of many: Glasnevin 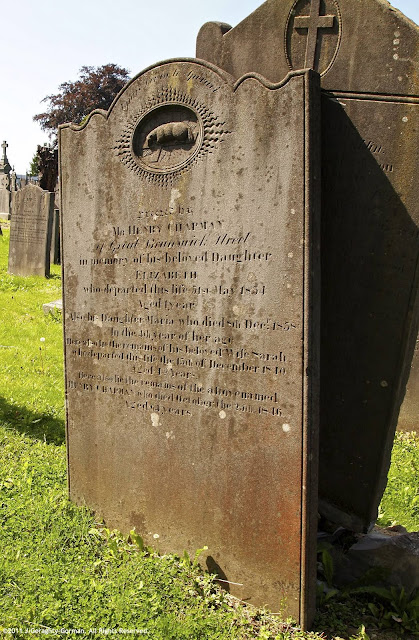 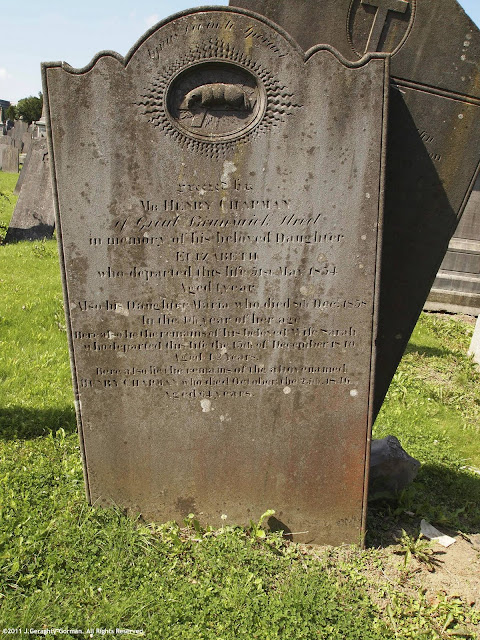 
Erected by
Mr. Henry Chapman
of Great Brunswick Street
in memory of his beloved Daughter
Elizabeth
who departed this life 31st May 1834
Aged 1 year
Also his Daughter Maria who died 8th Dec. 1838
In the 4th year of her age
Her also the remains of his beloved Wife Sarah
who departed this life the 15th of December 1840
Aged 42 Years.
Here also lie the remains of the above named
Henry Chapman who died October the 25th, 1846
Aged 64 years.

Click on photographs to view larger version.
All photographs Copyright© J.Geraghty-Gorman 2011. All Rights Reserved.
Posted by Éire Historian at 1:02 AM

Wordless Wednesday: In the shadows and out: More Angels 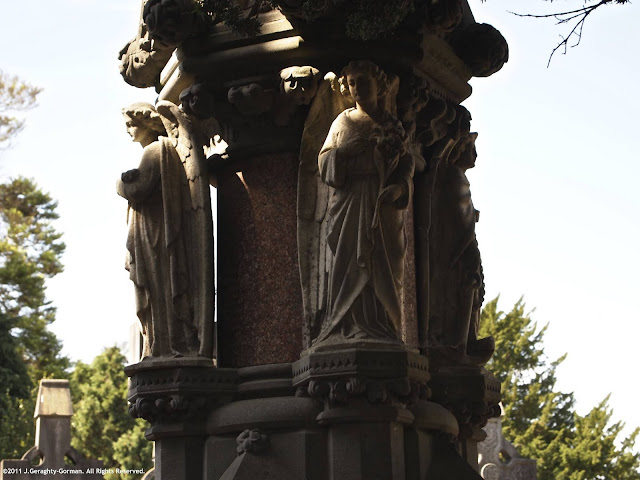 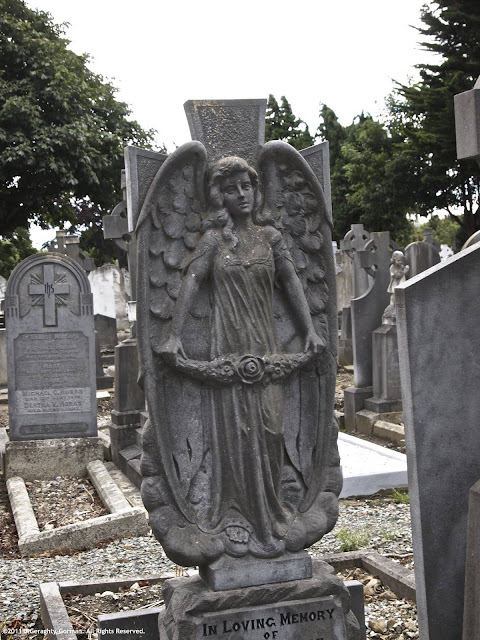 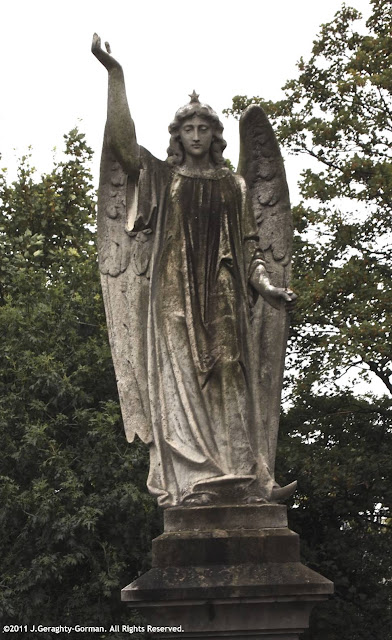 Click on photos to view larger version.
All photographs Copyright© J.Geraghty-Gorman 2011. All Rights Reserved.
Posted by Éire Historian at 1:02 AM 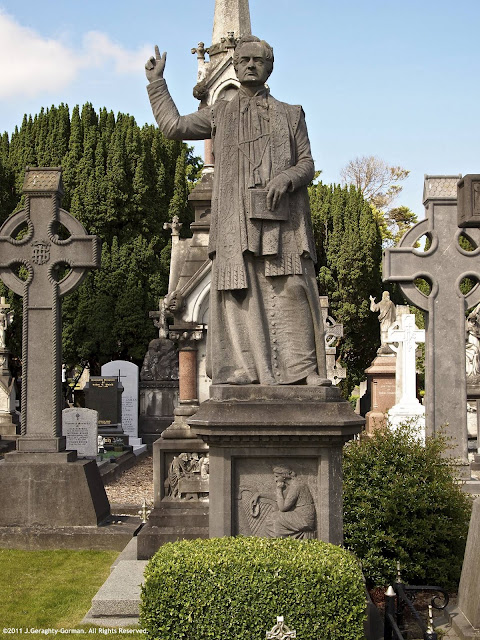 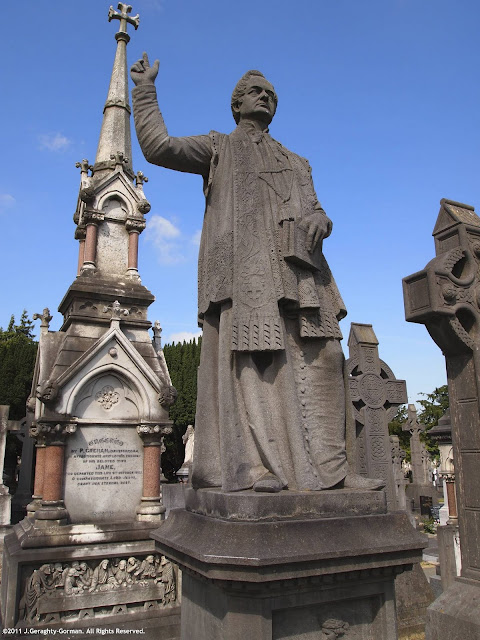 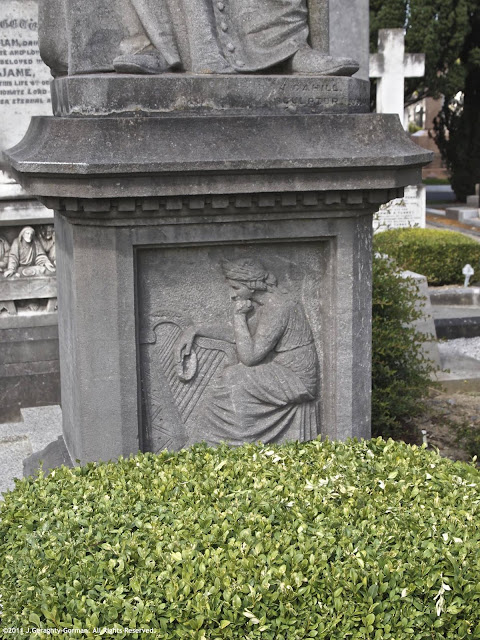 Daniel William Cahill, D.D. (Doctor of Divinity), a Catholic Priest, was born in 1796 in Queen's County, Ireland. After completing studies at Maynooth, he was ordained, and for a time served as a professor in Carlow College. He was a noted orator and lecturer in Chemistry and Astronomy, the author of many pamphlets, and for a brief period, the editor of a Dublin newspaper. He removed to the United States, and died in Boston 28 October 1864. In 1885 his remains were returned to Ireland, and interred in Glasnevin Cemetery, Dublin. In 1887, as a symbol of grateful recognition of Doctor Cahill's service to Ireland, his compatriots erected this statue over his grave.

O'Hart, John. Irish Pedigrees; or the Origin and Stem of the Irish Nation, Murphy & McCarthy, Dublin, 1923.
Posted by Éire Historian at 1:02 AM 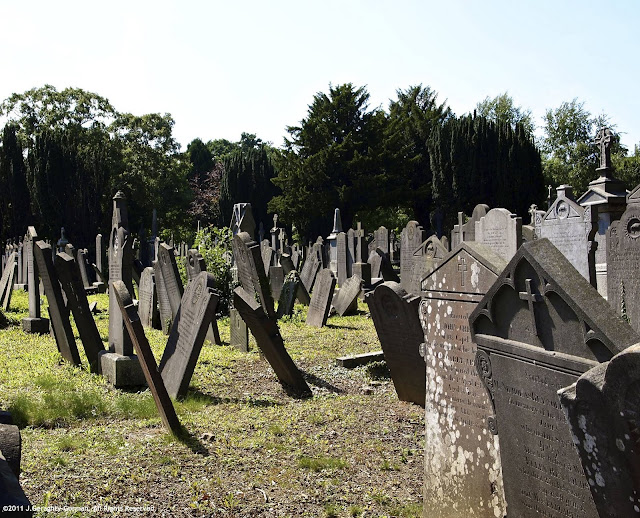 Paddy Dignam: (In a hollow voice) “It is true. It was my funeral. Doctor Finucane pronounced life extinct when I succumbed to the disease from natural causes."

Copyright© J.Geraghty-Gorman 2011.
Posted by Éire Historian at 5:55 AM

Wordless Wednesday: Slow down in this slow place... 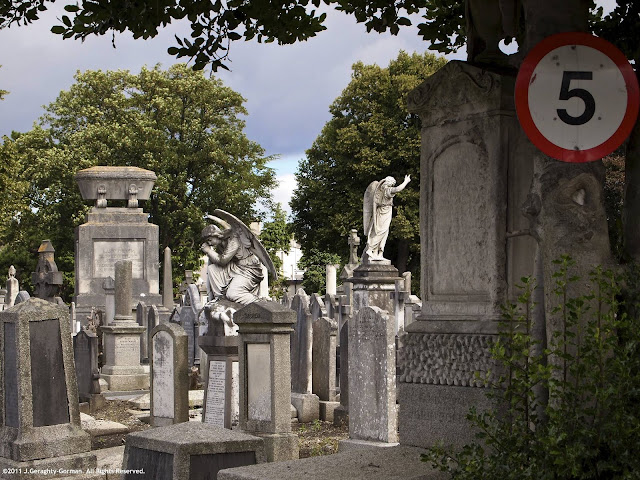 Click on photograph to view larger version.
Posted by Éire Historian at 1:04 AM