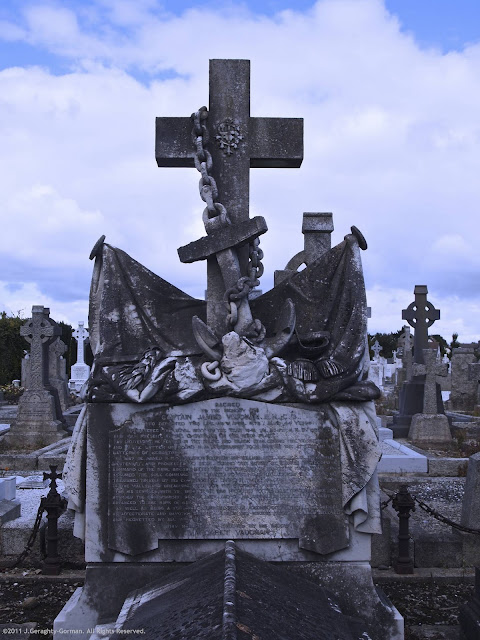 The epitaph on this beautiful stone tells the story of almost the entire life of James Vaughan, from the time he joined the navy at the age of 12 until his death at the age of 44. 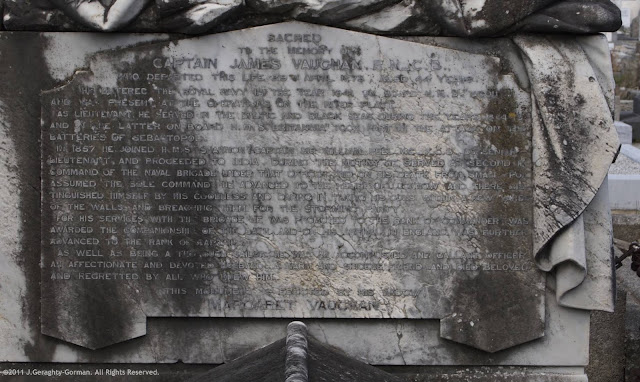 
Sacred
To The Memory Of
Captain James Vaughan R.N_C.B.,
Who depart this life 29th April 1873 Aged 44 years
He entered the Royal Navy in the year 1841 on board H.M.S. Scout
and was present at the operations on the River Plate.
As Lieutenant he served in the Baltic and Black seas during the years 18?4 - ?
and in the latter on board H.M.S. Britannia took part in the attack on the
Batteries of Sebastopol.
In 1857 he joined H.M.S. Shannon Captain Sir William Peel V.C._K.C.B. as senior
lieutenant and proceeded to India. During the Mutiny he served as second in
command of the naval brigade under that officer and on his death from small pox
assumed the sole command. He advanced to the Relief of Lucknow and there
distinguished himself by his coolness and daring in taking his guns with a few yards
of the walls and breaching them for the storming party.
For his services with the brigade he was promoted to the rank of commander, was
awarded the Companionship of the Bath, and on his arrival in England was further
advanced to the rank of captain.
As well as being a thorough sailor, he was an accomplished and gallant officer,
an affectionate and devoted husband, a warm and sincere friend, and died beloved
and regretted by all who knew him.
This monument is erected by his widow,
Margaret Vaughan 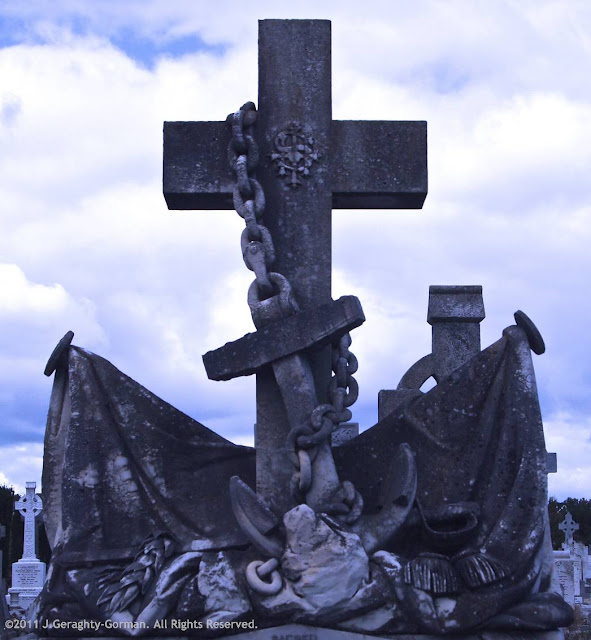 Click on photographs to view larger version.
All photographs Copyright©J.Geraghty-Gorman 2011. All Rights Reserved.
Posted by Éire Historian at 4:47 AM