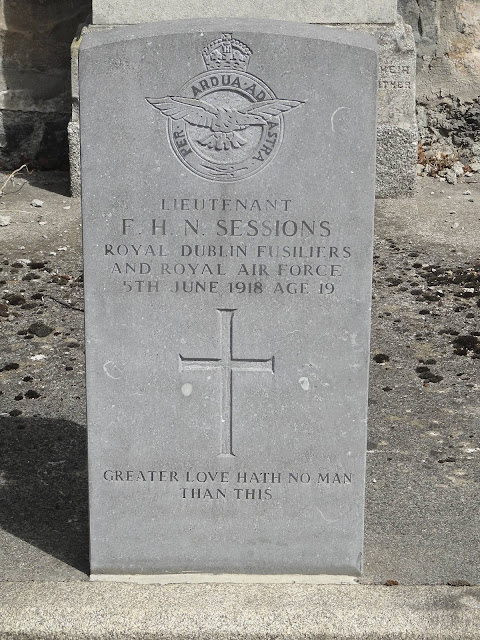 In Ireland in the early 20th century, despite the popular movement against conscription by the British, many young Irishmen voluntarily joined the British forces. This stone is a reminder of the many young Irish lives lost in World War I. This 19 year old man lost his life serving as a Lieutenant in the Royal Air Force and Royal Dublin Fusiliers.
Posted by Éire Historian at 3:10 AM